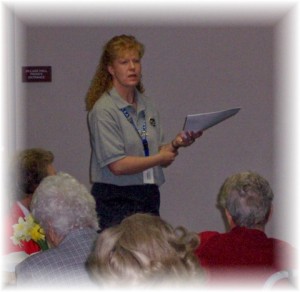 Nancy Atkinson is a science journalist and author with a passion for telling the stories of people involved in space exploration and astronomy. She has been with Universe Today since 2004, and also writes for The Planetary Society and Ad Astra, the magazine of the National Space Society.

Nancy was the host of the NASA Lunar Science Institute podcast from 2009-2014 (now SSERVI), was part of the production team for Astronomy Cast from 2008-2015, and worked with the 365 Days of Astronomy podcast where she was project manager from 2009-2011. She also wrote for Seeker, has articles published on New Scientist, Wired.com, Space.com, NASA’s Astrobiology Magazine, Space Times Magazine, and several newspapers in the Midwest.

In 2010, Nancy was awarded the New Horizons Traveling Fellowship by the Council for the Advancement of Science Writing.

Nancy is also a NASA/JPL Solar System Ambassador, and through this program, she has the opportunity to share her passion of space and astronomy with children and adults through presentations and programs. 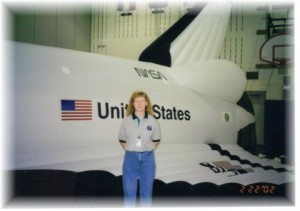 Education has always played a major role in Nancy’s work. At the Science Museum of Minnesota (2000-2001), she was the lead teacher for a space shuttle simulation program, using a 1/3 actual size inflatable space shuttle. Nancy brought the shuttle to schools, doing week-long educational programs and space mission simulations. She developed  and taught  other educational programs at the museum as well.  Later, she worked at a library and was able to provide professional development for librarians through workshops and an online learning module on how to incorporate space and science programs at libraries. Nancy views her writing as another way to educate and inform people about the wonders of space exploration and science.

Nancy received a BA in English with an emphasis in Mass Communications from the University of Minnesota-Morris.

Nancy grew up in North Dakota, and lives in Minnesota. She and her husband have three sons.

“Nancy Atkinson has written a number of freelance stories for the State Journal-Register in Springfield, Illinois, most on topics involving NASA and space travel. I’ve been very pleased with her work. She gets her facts right, and she turns in her stories on time, both of which are obviously crucial in daily newspaper journalism. The topic of space exploration, however, requires more of a writer, and Nancy fills that bill as well. She is extremely knowledgeable on the subject. She understands both the technical aspects of space exploration and the bureaucratic and governmental structures involved, and she can differentiate between what’s important to an average Midwestern newspaper reader and what’s not. And then, as a writer, she has the ability to translate her understanding into stories that not only make sense to that same reader, but draws him or her in.” — Mike Kienzler, Metro Editor, The State Journal-Register, Springfield, Illinois

“There are lots of technical and science writers in the business these days. But those with the skill to make complicated scientific and engineering understandable for average readers, and mix in localized human interest is uncommon. Nancy Atkinson is one of the lucky few who has the right mix of knowledge of her subject and the skill to present it that can make even some of the most complicated scientific and engineering subjects understandable, and enjoyable, for the readers she addresses. Our readers have greatly benefited from Nancy’s contributions concerning NASA’s Mars and Stardust missions and the direct connections, via key personnel who made them happen, to our community of Oswego, Illinois. In so doing, she not only advanced the general knowledge of our readers, but also helped explain that we all have a   stake—sometimes a surprisingly personal one—in events that seem distant in both time and space.” — Roger Matile, Editor, The Ledger-Sentinel, Oswego, Illinois