As I wrote in a recent article on Universe Today: “The Royal Observatory Greenwich in the UK was the perfect setting to announce the winners of this year’s Astronomy Photographer of the Year competition, and I was privileged to be in attendance at the ceremony…”

Yes, I was really in London and was invited to Greenwich and the Royal Observatory for the Astronomy Photographer of the Year awards ceremony in September! The video above is from Will Gater and the BBC Sky and Night Magazine, and as evidence that I was really there, at :59 seconds into the video, you’ll see me hob-nobbing with astronomers and folks from the observatory and museum complex.

If you’ve visited my blog before, you will have noticed the Astronomy Photographer of the Year pictures near the top right side. This competition started in 2009 for the International Year of Astronomy. It was so popular that the organizers and sponsors decided to do it again this year, and now it seems like it will be an annual event.

The images are stunning! To see all the winning astronomy pictures in the six categories, see the Royal Observatory Greenwich website, or you can see all the images submitted on the Flickr Astronomy Photographer of the Year page. And if you live in the UK or visit there soon, you can see an exhibit of the Astronomy Photographer of the Year winners at the ROG from now until February 27, 2011.

It was by complete coincidence that I was in London on the same day as the APOTY awards night, but I’m so glad I was able to be there. The ROG is a must-see destination for any astronomy enthusiast, and is a wonderful location that is full of history, beauty and hands-on learning. There you can straddle the Prime Meridian, see early telescopes and time pieces and look across the same beautiful vistas that early British astronomers saw from the hilltop home of the observatory.

Thanks to Will Gater for the video, and to Paul Sutherland for making sure I was invited to the ceremony!

Here are some pictures from my visit there: 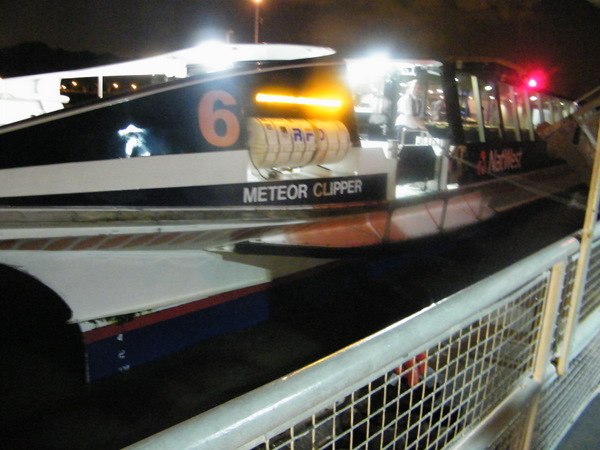 Fittingly, the boat that brought me back to London was named the “Meteor Clipper!”

It was a great evening, and a great experience to be at the Royal Observatory.

The ROG website also has a plethora of tips for how to take astrophotos.
And if want more than just images, the ROG online shop has some items for sale from this year’s winners.