I was honored to be on David Livingston’s long-running internet radio talk show about all things space, “The Space Show” on December 13, 2016 to talk about “Incredible Stories From Space.” Since it aired exactly a week before the release date for the book, timing was great to get the word out about pre-ordering the book to get it in time for the holidays.

I’ve been on the show before, and David always asks great questions to allow his guests to fully say the things that are important about their topic. He also has a great listener base, so people emailed or called in with great questions, too. It was a fun conversation, and even though I was a little nervous to start off, David has a way of making everyone feel comfortable.

Here’s the page on The Space Show website about the broadcast , and the page includes a great overview of our conversation. Here’s the link to download the audio (11.25 MB)

A little behind-the-scenes about me doing the show that night: When David said at the beginning of the show, “We are glad Nancy has thawed out enough to be on the show tonight,” he was hinting at the frantic evening I had preparing for the show. Like many other things associated with the release of this book, being on the show didn’t come easy. David likes his guests to use a land-line to do the live on-air interview, and since we don’t have a land-line at our house, I had a plan all lined up of going to my mother-in-law’s house where I was going to go to do the show. But it was an extremely cold day in Minnesota on December 13, and for the first time ever in my life, my car wouldn’t start.

Normally, that wouldn’t be a big problem because we have two cars. But my husband was away on business. And we live out in the boonies, so getting car help at the last minute is near impossible. So I got a hold of David and told him my predicament. He said my cell phone sounded pretty good so he was willing to give it a whirl, and it ended up working out just fine. I just had more than a few moments of panic and running around trying to find battery chargers, etc, all to no avail. But it ended up working out just fine, so thanks to David for being willing to take a chance on my cell phone reception! 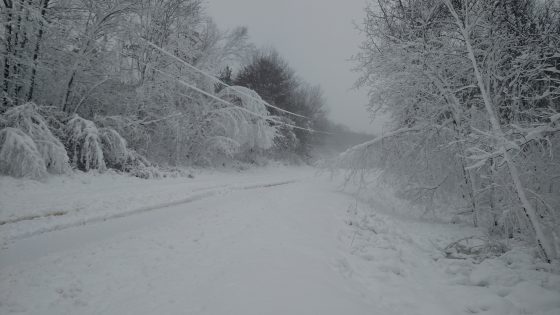