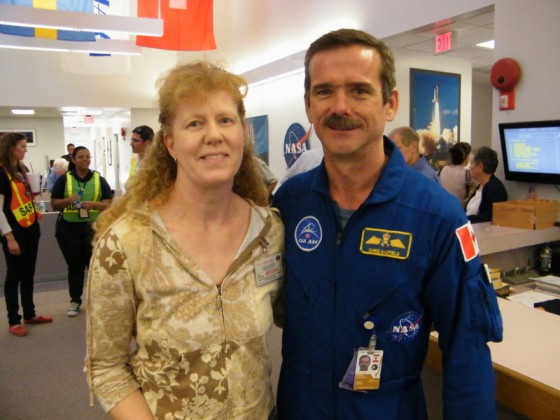 Canadian astronaut Chris Hadfield returns home today from his 5-month stay on the International Space Station. But I knew him BEFORE he became such an internet sensation, with all his tweeting and videos and complete awesomeness during his Expedition 34/35. Although I had interviewed him several times before this picture was taken on February 24, 2011, this is the day I actually got to meet him in person. I was attending the launch of STS-133 at Kennedy Space Center, and had just come back inside the KSC press center when, there he was.

It was such a thrill to meet him, but all I can say about this picture is that it was a bad hair day for me, but a good mustache day for Chris.

Fun fact: the person who took the picture was astronaut Kent Rominger, and he was nice enough to actually take 2 pictures when he noticed my eyes were closed on the first shot. (sorry, I’m not posting that one; it’s too embarrassing.)

But here’s a great shot of the launch by my friend and photographer Alan Walters: 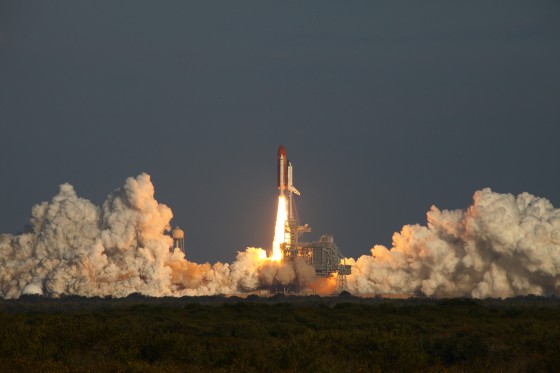 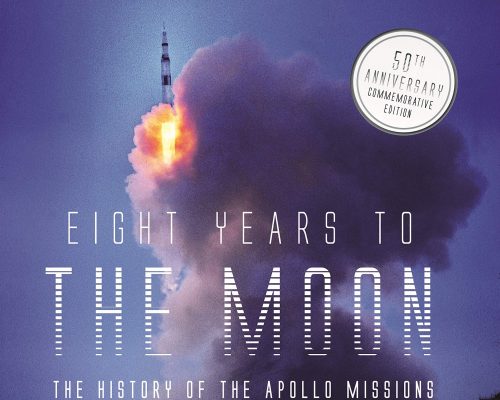 Hello there! I’d like to introduce you to my upcoming book, “Eight Years to the Moon!” But before I tell you all about it, I have some very fun news to share: I’m excited to announce that Apollo 9 astronaut Rusty Schweickart […]

The Complete History of Earth in 90 Seconds

10 Years of Keeping Track of the Universe (Today!)